Velociraptor means "swift robber." This dromaeosaurid dinosaur was smaller than most dinosaurs, with adults growing only to about 6 feet in length and 45 pounds in weight. However, it had a relatively large brain, sharp teeth, and binocular vision, and an agile build--suggesting it was a good hunter. It was probably very agiole and quick, and may have been able to leap with its powerful hind legs. Its rear feet were equiped with sharp claws, one of which was sickle-shaped and evidently held upright until needed for slashing prey. It also had some birdlike features, including a large breastbone. Some workers speculate that its body may have born feathers for insulation. The type specimen was found in the Djadochta Formation redbeds of the "Flamming Cliffs" area of the Gobi Desert in southern Mongoli. This formation is dated at approx. 75-80 million years. One famous specimen shows a Velociraptor locked in combat with a four-legged, plant eathing dinosaur called Protoceratops. The foot cast by PaleoScene was made from a mold of the actual fossil, and was painted to create a natural and realistic appearance. It includes felt pads on the bottom and a full identification label. The original fossil is in the Poland Museum of Natural History, Warsaw, Poland. 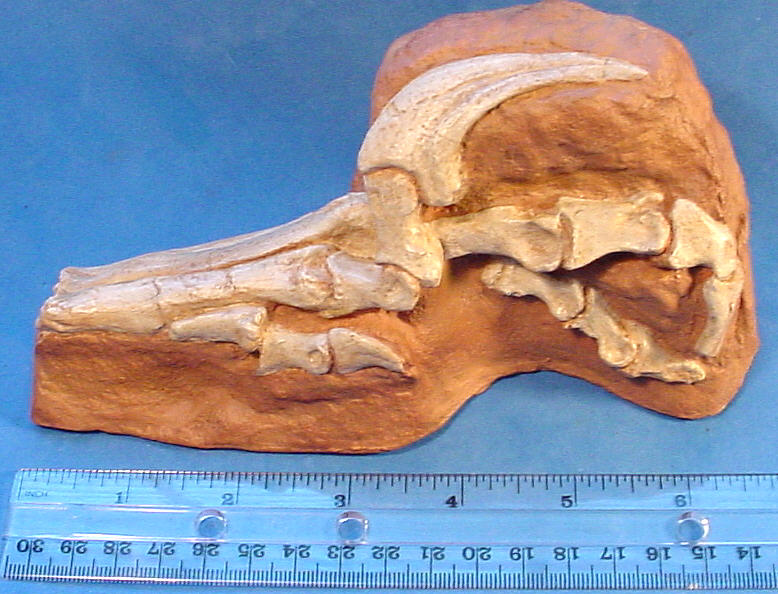 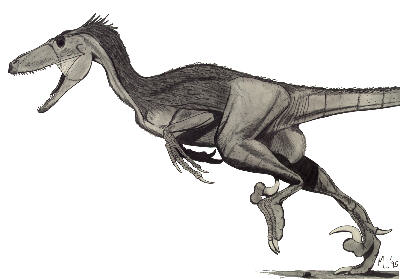